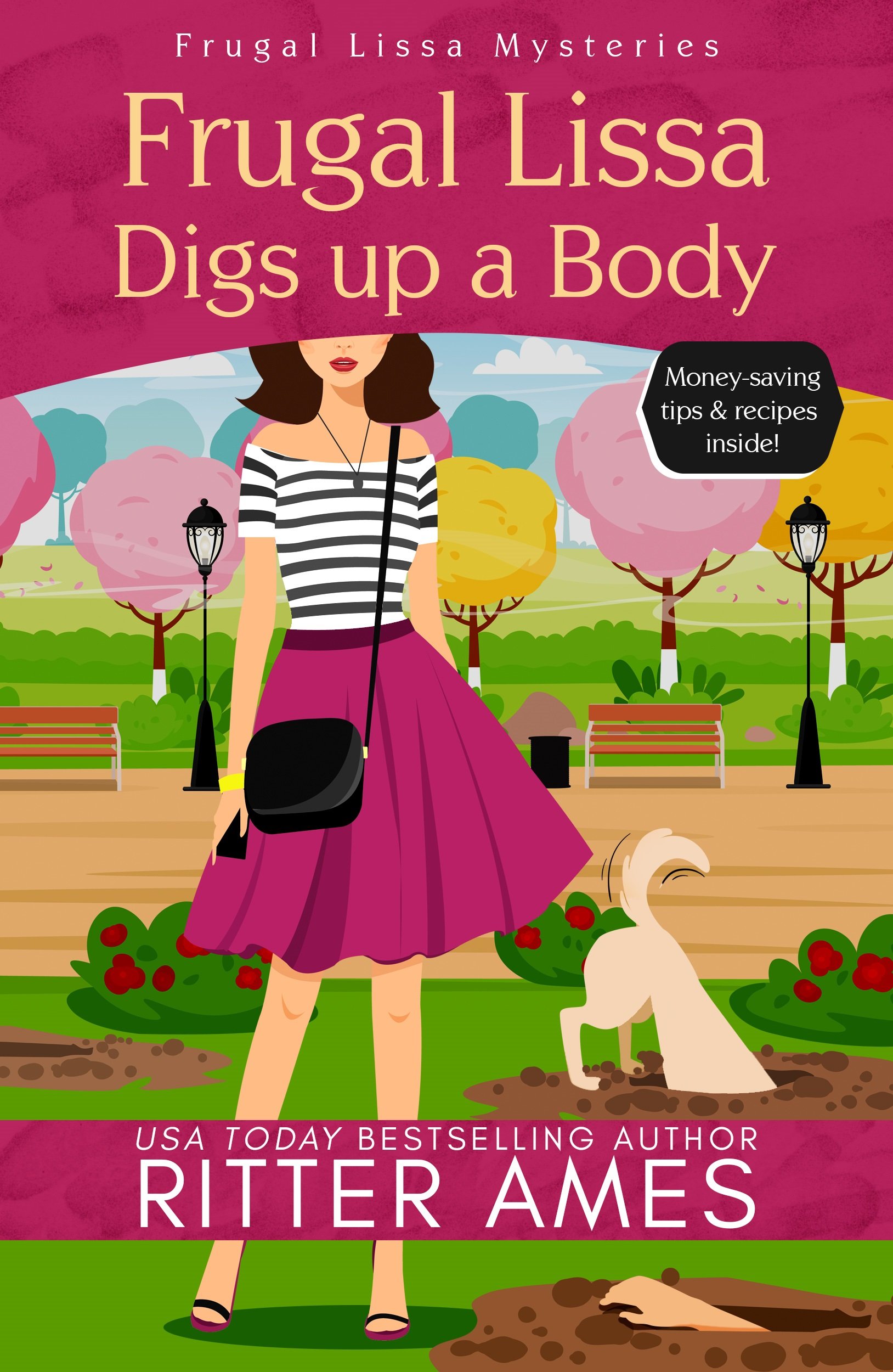 Frugal Lissa Digs Up a Body

Lissa Eller’s entire hometown is primed for Games in the Park, an event planned as a weekend of friendly competition and fundraising. All proceeds from the event are earmarked to pay to repair historical buildings and structures battered by the spring’s tornadic winds and rainstorms. Lots of activities are on tap, donated prizes and awards ready, food trucks on standby, and entertainment scheduled to keep the non-players’ toes tapping and hands clapping. All while contestants battle each other in favorite board game playoffs.

Until Lissa’s early morning walk in the park with her Labrador retriever turns up a dead body.

This is the second murder Lissa has stumbled onto in the past few months—as everyone reminds her. So, besides worrying she’s become a crime scene magnet, she again finds herself under the thundering gaze of her high school nemesis, Det. Brian Baker, who hasn’t mellowed much in the years since graduation. This time, he isn’t trying to pin the murder on her, thank goodness, but he won’t listen when she says the police’s prime suspect is innocent. Which means no matter how many times she’s told to stay out of the active investigation, she must play along while doing her own behind-the-scenes sleuthing.

Available Soon at all booksellers

Other Books in this Series